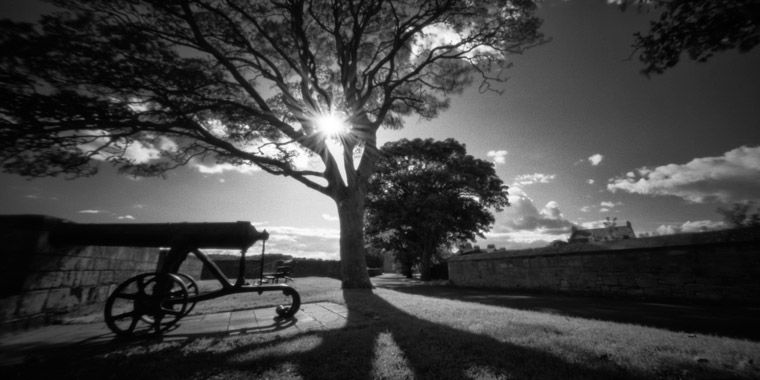 A camera without a lens, having instead a small aperture that allows light to project an inverted image on to 120 film. Pinhole images are less sharp than those made with a lens but have infinite depth of field.

The use of pinhole cameras became popular towards the end of the 19th century, but the introduction of mass produced lens cameras saw this diminish by the 1930s. A resurgence occurred when artists started to experiment with pinhole photography during the 1960s and its popularity has grown ever since.